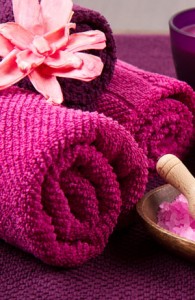 Jane contacted us when her current supplier, Opus Energy, was asking her to sign a new contract with them for her salon electricity. The new prices were far too high, and would have cost the salon £2,490 for the next 11 months. Jane haggled with her supplier and got the price down by nearly £400. However, thanks to our wide range of tariffs from numerous suppliers, we got the salon a price £830 cheaper than the original price.

Call us today to see how we can help your salon keep a lid on its’ energy costs.

“Perfect Clarity have been getting me the best energy deals for a number of years now, I wouldn’t dream of going anywhere else.”

Kim contacted us with regard to her gas and electricity contracts. The gas was up for renewal at the time, with the electricity later in the year. Her current gas supplier was charging Kim £1,380 a year, which included a standing charge of £230. Our database of prices includes a gas supplier who has tariffs with no standing charge. This does mean the unit price increases slightly (compared to other prices available), but on a small consumption like this, the standing charge can make up a large proportion of the overall cost.

We renewed with the same supplier, at our better prices.

Luke was referred to us by one of his customers. When Luke called us in 2013, he had just started a new 12 month contract with British Gas, so we arranged to contact Luke later in the year.

Which supplier did we switch Luke’s business to? We renewed the contract with British Gas. But only once we had removed the inflated prices that British Gas offered. Unfortunately energy companies don’t value small businesses as much as large energy users. So they increase their profit margin to maximise profits.

Salon saves £600 on their business electricity

Rod had purchased a hairdressing salon and called us up to arrange his electricity contract.

As the business had changed hands, and was now trading under a new name, we were able to cancel the current contract that was in place and start afresh with a new supplier who was returning the best prices at the time.

We have since renewed the electricity contract for Rod when the one above ended, and for a 2-year contract the annual costs only increased by £45, still some £615 lower than the charges with his earlier supplier.

A small London barbers salon had annual electricity costs of £860 with EDF. Even with a small amount of electricity use as this, we were still able to reduce the annual costs to £640 on a 2-year contract.

The approximate saving over two years (presuming increased costs in the second year if they had remained with EDF) was in the region of £500.