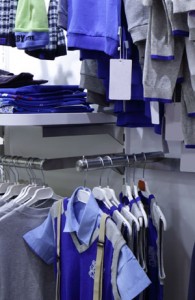 AMANDA SAVED £1,340 ON RETAIL ELECTRICITY PRICES AT HER CLOTHES SHOP

With a substantial use of around 42,000kWh of electricity a year, it was still a surprise to see Amanda’s retail electricity prices so high, with costs coming in at £5,960 for the last 12 months. EDF were not looking after their customer, they were trying to charge as much as they could get away with. Unfortunately for them, Amanda called in Perfect Clarity.

We switched Amanda’s electricity supply to a different supplier at our lower prices. This saved Amanda £1,340 on her shop electricity bill overnight.

Let us get to work on your energy contracts, and see how much our hard work and lower prices can save your business.

Katie was referred to us by a friend, she was unsure what the going rate was for retail electricity prices and asked us to take a look at the bill for their shop. Their energy supplier, SSE, was taking advantage of their customer by charging them far too high a price. Unfortunately, SSE had not told their customer they could get a cheaper rate by changing to a fixed term contract.

We put a stop to this immediately and the company was soon paying £8,000 a year instead of £13,600 which they paid SSE the previous year.

Please make sure your energy supplier is not taking advantage of your business. Call us today for clarity.

Conrad’s shop in south west London uses a lot of lighting, and this cost his business £2,990 in 2012 with his business electricity supplier. With Conrad’s permission we contacted them, got the supply information we needed, and explained when we would be back in touch – a few months from the end of his contract.

We duly called Conrad back as promised, and switched his electricity supply to a different supplier who was offering lower retail electricity prices, reducing his annual bill to £2,500.

When that contract expired in 2014, we had already lined up a new, 2-year contract for Conrad, that was still over £250 a year cheaper than his charges in 2012 – despite electricity prices increasing steadily for many years.

Furniture retailer saves over £2,000 across 5 sites

Richard runs a furniture business with five shops on the south coast. He contacted Perfect Clarity to see how we could help him, as he had three different suppliers and wanted to consolidate these and get a better price.

We analysed Richard’s bills and saw that the main site used much more electricity than the other sites, so we placed this contract with the energy company providing the best prices for that consumption, saving £810 at the one site.

The same company didn’t return the best prices for the sites with a smaller consumption of electricity, so we placed all these on 3-year contracts with a different business electricity supplier. This saved Richard a further £1,400 across the other four shops.

Anthony runs a sandwich bar in Newcastle upon Tyne. He contacted us through social media, telling us he knew he was paying too much for his electricity, and asked us to get the best prices for him.

This was a 2-year contract, and when you factor in the higher prices his previous supplier wanted to charge for the forthcoming year, we saved Anthony’s business around £2,700 over two years.