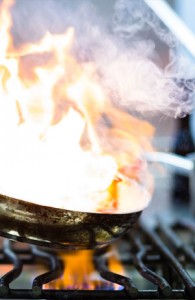 With gas and electricity prices increasing, you need to be sure you fix prices on a competitive rate.

You are in safe hands. Even after you have agreed your new energy contract, we are still available throughout your energy contract. Very helpful if you have any questions, or prefer not to contact the supplier (and deal with their menu system and often long wait times).

Based on the annual consumption, the price per kWh being charged by E.On was nowhere near as low as it should have been. But his energy company weren’t going to tell him that, Mark had to find us to give him an honest opinion.

Using 130,000kWh of electricity across 4 meters, this south London restaurant was paying too much. The current supplier quoted the customers poor credit score as a reason for high prices. However, thanks to our relationships with the energy companies, we were able to secure lower prices, saving the restaurant over £3,000 per year.

That was a 22% saving for our customer.

Our prices save restaurant £615 on gas costs

The gas contract at a London restaurant was up for renewal, and John agreed a new price with the current supplier, but wanted to check with us first.

With such a large consumption, there are always fractions of a penny we can shave off the unit price with our prices.

Don’t lock yourself in for too long.

This Yorkshire restaurant was being pressured into a 5-year contract for their business electricity, by their current supplier. As a rule, we stick to 3-year contracts at the most. Why? Well we can’t predict the future of the market. For example, we got a 3-year contract, saving them £3,710 a year off the £27,360 they had been quoted.

However, because this was in 2012, and they were not tied into a 5-year contract until 2017, they were able to take advantage of a drop in electricity prices. Saving the business even more money.

No doubt the 5-year contract would have been great for the energy company, but they weren’t thinking of their customer.