Better energy suppliers for your charity

What should you be looking for in charity energy suppliers? Lowest prices, customer service, fully fixed contracts (you’d be surprised), green tariffs? Call us for advice.

We are extremely well-placed to advise on charity energy suppliers. Working with 20-25 energy suppliers, we can advise on a good fit for your charity. Our charity customers include office based charities. And churches, village halls, and clubs with charitable status.

“Our charity has been extremely satisfied with every part of our dealings with Perfect Clarity. If you are looking to switch to a better electricity deal, Perfect Clarity is your best bet!”

What are you looking for in your energy supplier?

For most charities, it is price. Charities (just like businesses) prefer to keep costs to a minimum.

There can be other factors to consider though.

What is lurking in their small print? Are their fixed prices completely fixed? Are they able to cope with sharp spikes in the price of gas or electricity? Is their billing cycle monthly or quarterly? What is their customer service like? Accuracy of billing? Is it easy to log meter readings? Do they auto-renew on higher prices? Whatever your concerns, please let us know. We are here to help and advise you. Completely independently, I should point out.

Or continue reading below for more advice on energy suppliers for your charity.

As a charity, you have a very large choice of energy tariffs from many energy companies. Where do you start? 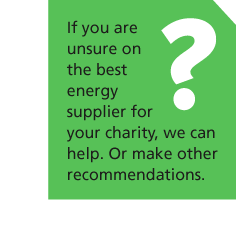 When shopping around for options, many charities limit themselves to the domestic energy suppliers they know (and understandably trust). Such as British Gas, EDF, and EON for example.

However, in addition to the ‘big 6’ energy companies, there are many others, giving a very large market of suppliers to choose from.

Some are small UK companies. Others are larger and more established. From experience, the level of customer service and general competency can also vary, depending on the energy supplier. We can advise on all aspects of each supplier for you.

For example, do you know which energy suppliers could actually increase prices during a fixed price contract? It’s all tucked away in their terms and conditions that you agree to when signing up. We check the small print for you.

Which suppliers will auto-renew you for another 12 months at higher prices? Some years ago, all suppliers did this. Fortunately, most will now put you on a variable rate which you can leave with 30 days notice. There are still some who still employ this practice though.

And what about the length of contract you are going to commit to? Which direction is the market heading?

It is also worth noting, that as a charity, you pay commercial energy rates, not residential rates. This is also the same for churches, village halls, and community centres.

Below we have outlined the major differences in the commercial energy market compared to the domestic market (which you are probably more familiar with). It may be helpful for you when it comes to managing your contract with a new energy supplier. Or, indeed, in your search for a supplier.

Charities and the commercial energy market

If you are dipping your toe into the business energy market for the first time, there are some important difference to be aware of. These are largely cooling off periods, legally binding contracts, and variable rates. 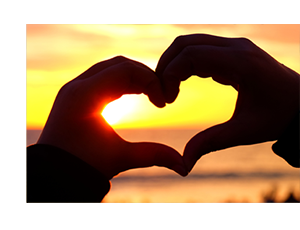 When arranging your domestic energy supply, you will have the cushion of a cooling off period if you change your mind.

There is no such option to change your mind after you have signed a commercial energy contract. Your contract is legally binding once received by the energy supplier. So please ensure you are happy with the length of contract you have committed to.

Given the above, you may be tempted to remain on a variable rate contract. This isn’t at all advisable with business energy rates. In the commercial sector, choosing a fixed term contract is by far the cheapest method of paying for your energy use.

For example, variable rates for electricity can often be double that of a fixed rate contract. Electricity prices over 20p per kWh on a variable (or deemed) rate are not unheard of. These are tariffs you should obviously avoid at all costs.

Therefore it is important to know when your fixed term contract ends. If you don’t have another fixed term contact ready and in place, you will be billed on much higher, variable rates. Worse still, some energy suppliers still auto-renew you onto another 12 month contract. Beware the small print.

You can read more advice on charity energy prices here.

We look forward to being of help. 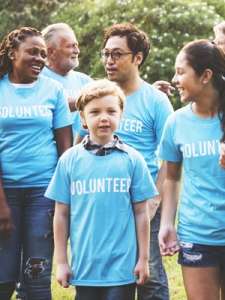 “Perfect Clarity found us a fantastic deal for our energy supplies, and took all the hassle away from us. I cannot recommend this company high enough. Thank you for all your help.

“We are confident in the service Perfect Clarity provide. So when we needed to look for new suppliers for our new charity office we got in touch, and again have been given choices and good deals.